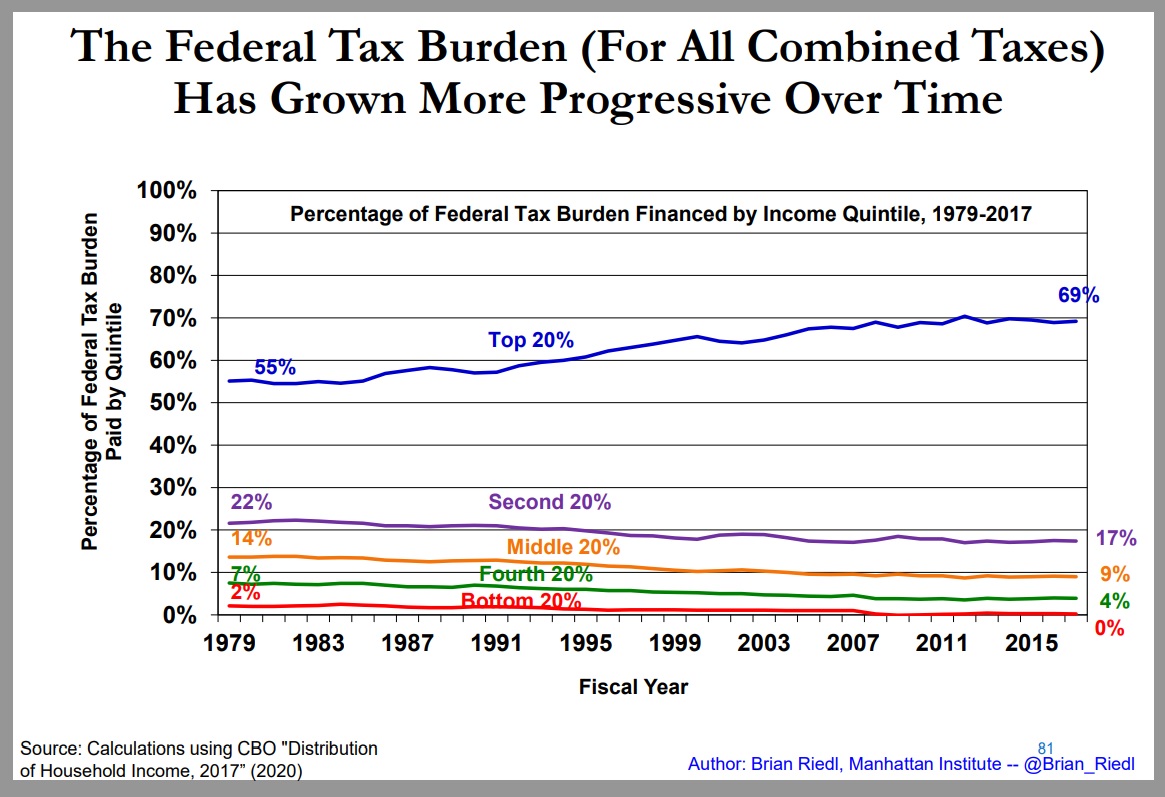 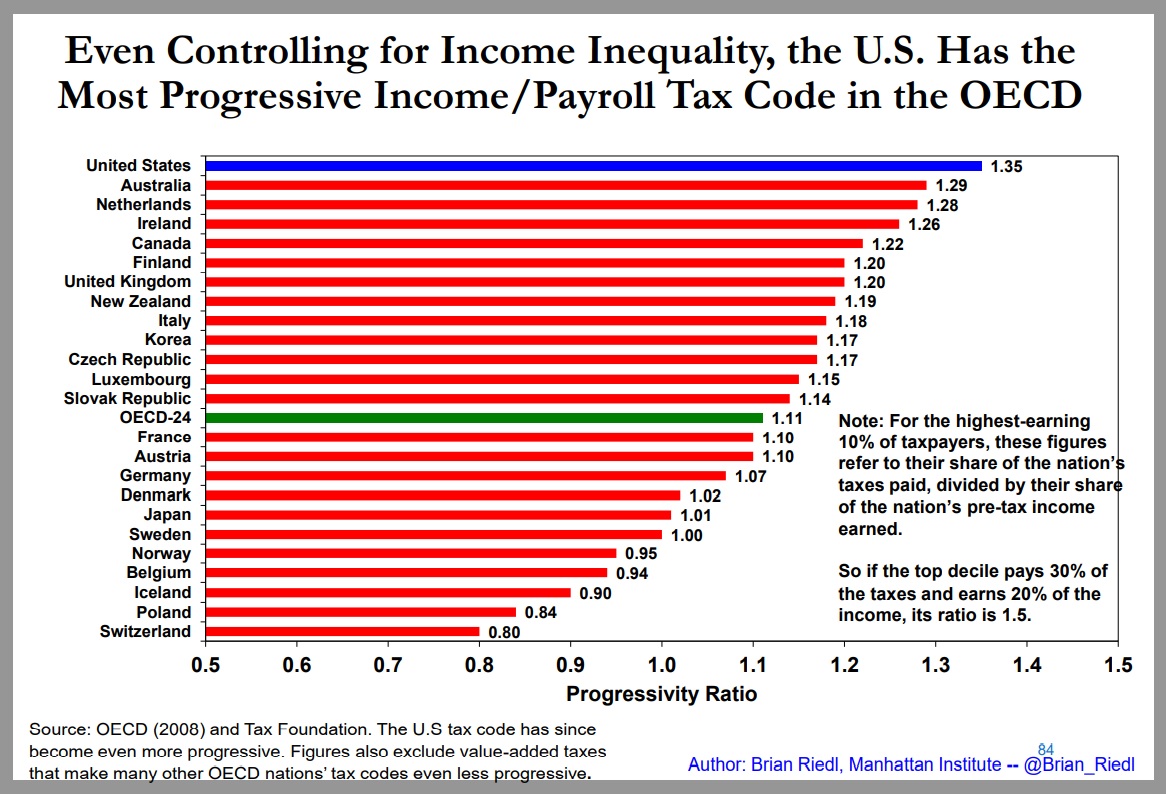 During the campaign, Joe Biden proposed a massive tax increase, far beyond what either Barack Obama or Hillary Clinton put forth when they ran for the White House.

Some people speculate that Biden isn’t actually that radical, and that his class-warfare agenda was simply a tactic to fend off Bernie Sanders, so it will be interesting to see how much of his political platform winds up as actual legislative proposals in 2021.

That being said, we can safely assume three things.

The main argument that Biden and his supporters will use to justify such a plan is that “rich” taxpayers are not paying their fair share.

More specifically, we’ll be told that upper-income households are not pulling their weight thanks to the cumulative impact of the Reagan tax cuts, the Bush tax cuts, and the Trump tax cuts.

There’s just one problem with this argument. As shown by this multi-decade data from Brian Riedl’s chartbook, it’s wildly, completely, and utterly inaccurate. The richest 20 percent are now shouldering a much greater share of the tax burden.

Every other group, by contrast, is now paying a smaller share of the tax burden.

Some folks on the left assert that the above chart is misleading. They say the chart merely shows that the rich have been getting richer and everyone else is falling behind.

The solution, they argue, is to catch up with the rest of the world by making the tax system more “progressive.”

Their assertions about income trends are wrong, but let’s leave that for another day and focus on so-called progressivity.

Once again, Riedl’s chartbook is the go-to source. As shown in this chart, it turns out that rich people pay a higher share than their counterparts in every other developed nation.

Please notice, by the way, the additional explanation in the lower-left portion of the chart, The numbers displayed do not include the value-added taxes that are imposed by every other nation, which are regressive or proportional depending on the time horizon. This means that the overall American tax code is far more tilted against the rich than shown by this chart.

But the key point to understand, as I’ve noted before, is that difference between Europe and the United States is not the taxation of the rich. The real reason that America has the most progressive tax system is that European nations impose much heavier taxes on lower-income and middle-class taxpayers.

P.S. At the risk of stating the obvious, this is not desirable since class-warfare taxes generally cause the most economic damage on a per-dollar-collected basis.