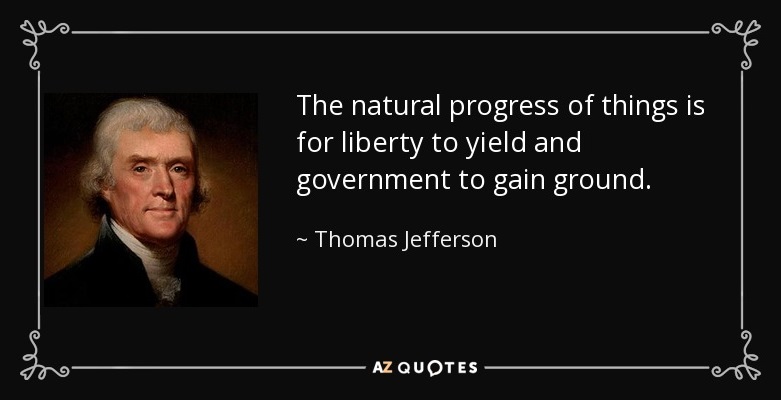 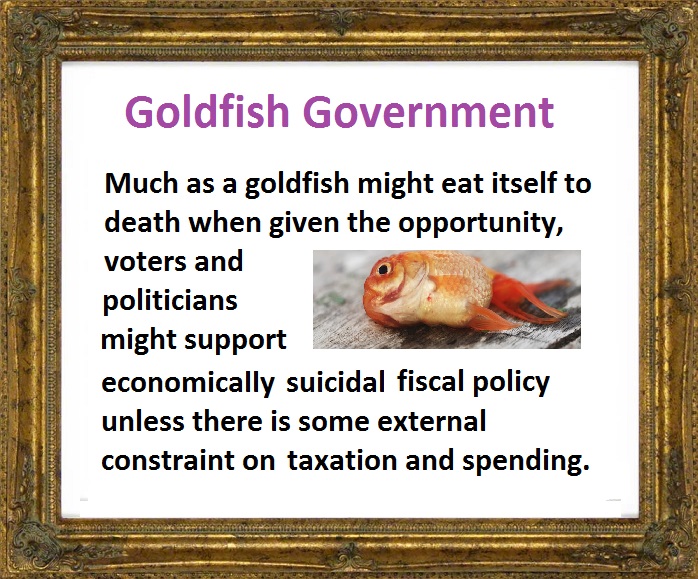 Professor James Buchanan won a Nobel Prize for developing the theory of “public choice,” which looks at how politicians, bureaucrats, and voters seek to maximize their self interest, generally in ways that lead to an ever-expanding burden of government.

Some people wonder why Buchanan’s analysis was prize-worthy when the unseemly nature of government has long been understood (as illustrated by the quote from Thomas Jefferson).

But it was a revelation for most academic economists, who – when they did policy analysis – naively assumed that people in government were motivated only by a desire to improve society.

I’m starting today’s column with this bit of background because I want to remind people that government has a natural tendency to expand. Often in an economically suicidal fashion, as we see from nations such as Greece and Venezuela.

Indeed, that’s the reason for my theorem on “Goldfish Government.”

But awful policy doesn’t have to be the outcome. The final part of the theorem says that bad results can be averted if there’s some sort of external constraint on rapacious government.

In the United States, our Founders gave us a Constitution that was explicitly designed to constrain the power of government. And it worked, at least up until FDR’s Supreme Court decided to put ideology above the law.

“Tax competition” is another constraint on government greed. This is the premise that the “stationary bandit” of government won’t tax and spend as much when politicians know that people and businesses can move across borders to escape bad policy.

And tax competition works. In recent decades, politicians have faced pressure to lower tax rates. Even for groups that they normally target, such as corporations and upper-income taxpayers.

Indeed, the non-profit groups on the left are vociferous opponents of tax competition, precisely because they understand it is a threat to their agenda.

I’ve previously written about the dodgy work of Oxfam. Today, let’s look at the agenda of Christian Aid (they obviously believe in Socialist Jesus rather than Libertarian Jesus).

Sorley McCaughey is with the Irish branch of that organization and he argues in the Irish Times that low taxes are a violation of human rights, as defined by the United Nations.

I’m not joking. Here are some excerpts from his column.

In a landmark decision earlier this month, the committee confirmed that their current review of Ireland will, for the first time, consider the country’s role in facilitating tax avoidance and whether it undermines the ability of developing countries to raise revenue and guarantee the rights of children. …The decision…has the potential to change the way tax competition between countries is assessed. …Justice demands a reorientation of tax policy that puts principles of international cooperation, equality and human rights – including those of children – at its core.

As you might expect, there are plenty of people in the United Nations who also are pushing an anti-tax competition agenda.

And it’s been going on for a while. Here are some excerpts from a 2016 story.

And here are passages from another report that year.

stressed the importance of establishing a UN body designated specifically to target and eliminate tax heaven secrecy. …countries lose hundreds of billions of dollars every year…funds that could and should be used to fund public services such as health care, schools, housing, social security… “States must set uniform minimum taxation floors, to prevent individuals and business entities from shopping for the lowest possible tax rates,” experts stated.

At the risk of understatement, it was an eye-opening experience as participant after participant discussed ways of extracting more money from the productive sector of the economy (very similar to what I observed when participating in conferences at the U.N. in 2012 and 2019). 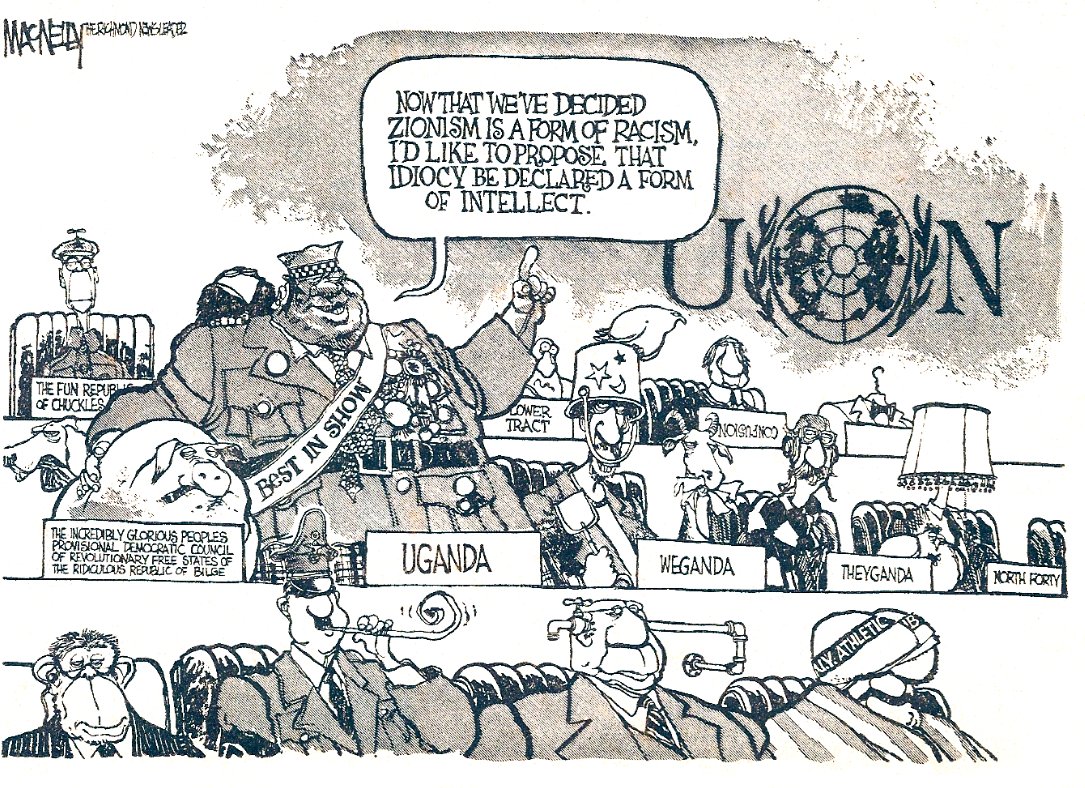 And I’ve written over the years about various U.N. proposals for global taxes on financial transactions, energy, wealth, tobacco, air travel, and the Internet.

All of these proposals are based on the flawed theory that bigger government can promote development. And all of the proposals also are hypocritical since U.N. bureaucrats, like their counterparts at other international bureaucracies, are exempt from tax.

Maybe the moral of the story is that we should tighten belts at the United Nations rather than allow the bureaucrats to push policies that tighten the belts of people who actually pay taxes?

P.S. James Buchanan was the target of a despicable smear by a taxpayer-funded academic hack.

P.P.S. If it’s even possible, the work the United Nations does on poverty is even worse than its work on taxation.