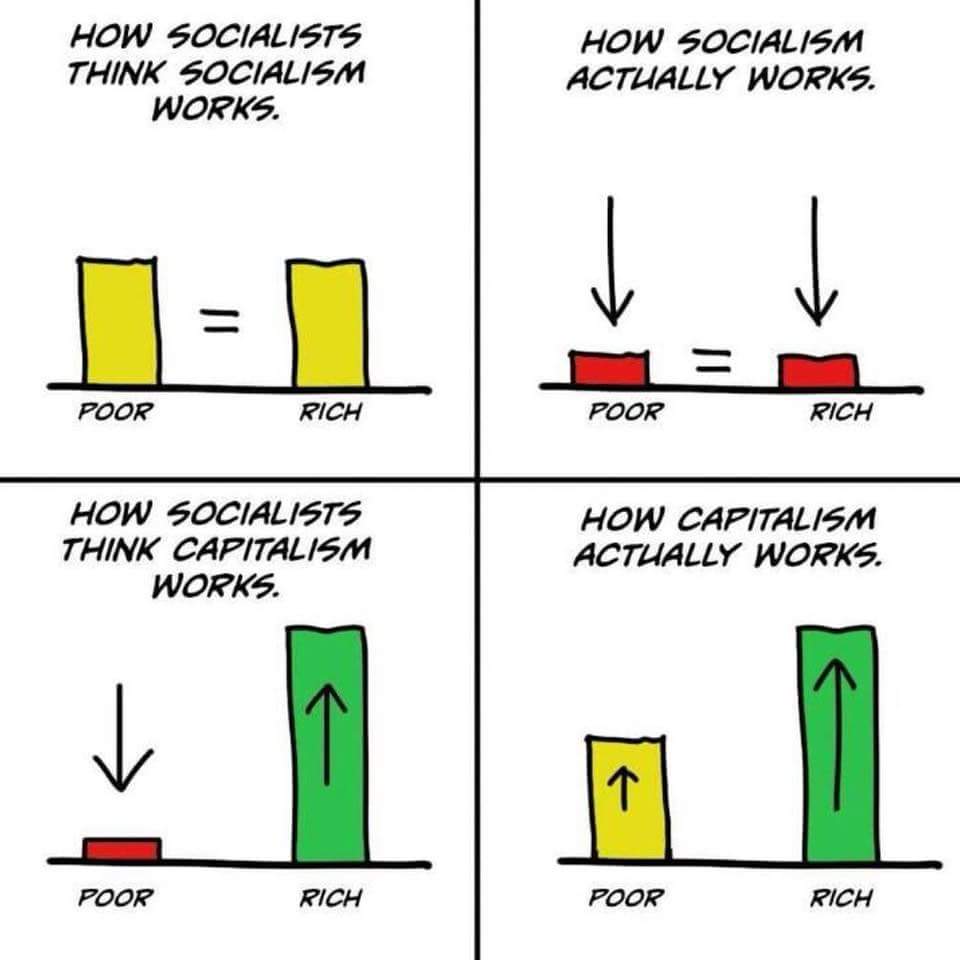 Joe Biden has a very misguided economic agenda. I’m especially disturbed by his class-warfare tax agenda, which will be bad news for American workers and American competitiveness.

The good news, as I wrote earlier this year, is that he probably isn’t serious about some of his worst ideas.

Biden is a statist, but not overly ideological. His support for bigger government is largely a strategy of catering to the various interest groups that dominate the Democratic Party. The good news is that he’s an incrementalist and won’t aggressively push for a horrifying FDR-style agenda if he gets to the White House.

But what if Joe Biden’s health deteriorates and Kamala Harris – sooner or later – winds up in charge?

That’s rather troubling since her agenda was far to the left of Biden’s when they were competing for the Democratic nomination.

And it doesn’t appear that being Biden’s choice for Vice President has led her to moderate her views. Consider this campaign ad, where she openly asserted that “equitable treatment means we all end up at the same place.”

For all intents and purposes,

Harris has embraced a harsh version of redistributionism where everyone above average is punished and everyone below average is rewarded.

This goes way beyond a safety net and it’s definitely a recipe for economic misery since people on both sides of the equation have less incentive to be productive.

I’m not the only one to be taken aback by Harris’ dogmatic leftism.

Robby Soave, writing for Reason, is very critical of her radical outlook.

Harris gives voice to a leftist-progressive narrative about the importance of equity—equal outcomes—rather than mere equality before the law. …Harris contrasted equal treatment—all people getting the same thing—with equitable treatment,

which means “we all end up at the same place.” …This may seem like a trivial difference, but when it comes to public policy, the difference matters. A government should be obligated to treat all citizens equally, giving them the same access to civil rights and liberties like voting, marriage, religious freedom, and gun ownership. …A mandate to foster equity, though, would give the government power to violate these rights in order to achieve identical social results for all people.

And, in a column for National Review, Brad Polumbo expresses similar reservations about her views.

Whether she embraces the label “socialist” or not, Harris’s stated agenda and Senate record both reveal her to be positioned a long way to the left on matters of economic policy. From health care to the environment to housing, Harris thinks the answer to almost every problem we face is simply more government and more taxpayer money — raising taxes and further indebting future generations in the process.

…Harris…supports an astounding $40 trillion in new spending over the next decade. In a sign of just how far left the Democratic Party has shifted on economics, Harris backs more than 20 times as much spending as Hillary Clinton proposed in 2016. …And this is not just a matter of spending. During her failed presidential campaign, Harris supported a federal-government takeover of health care… The senator jumped on the “Green New Deal” bandwagon as well. She co-sponsored the Green New Deal resolution in the Senate that called for a “new national, social, industrial, and economic mobilization on a scale not seen since World War II and the New Deal era.” …she supports enacting price controls on housing across the country. …The left-wing group Progressive Punch analyzed Harris’s voting record and found that she is the fourth-most liberal senator, more liberal even than Massachusetts senator Elizabeth Warren. Similarly, the nonpartisan organization GovTrack.us deemed Harris the furthest-left member of the Senate for the 2019 legislative year. (Spoiler alert: If your voting record is to the left of Bernie Sanders, you might be a socialist.)

To be fair, Harris is simply a politician, so we have no idea what she really believes. Her hard-left agenda might simply be her way of appealing to Democratic voters, much as Republicans who run for president suddenly decide they support big tax cuts and sweeping tax reform.

But whether she’s sincere or insincere, it’s troubling that she actually says it’s the role of government to make sure we all “end up at the same place.”

Let’s close with a video clip from Milton Friedman. At the risk of understatement, he has a different perspective than Ms. Harris.

P.S. It appears Republicans will hold the Senate, which presumably (hopefully?) means that any radical proposals would be dead on arrival, regardless of whether they’re proposed by Biden or Harris.

P.P.S. Harris may win the prize for the most economically illiterate proposal of the 2020 campaign.