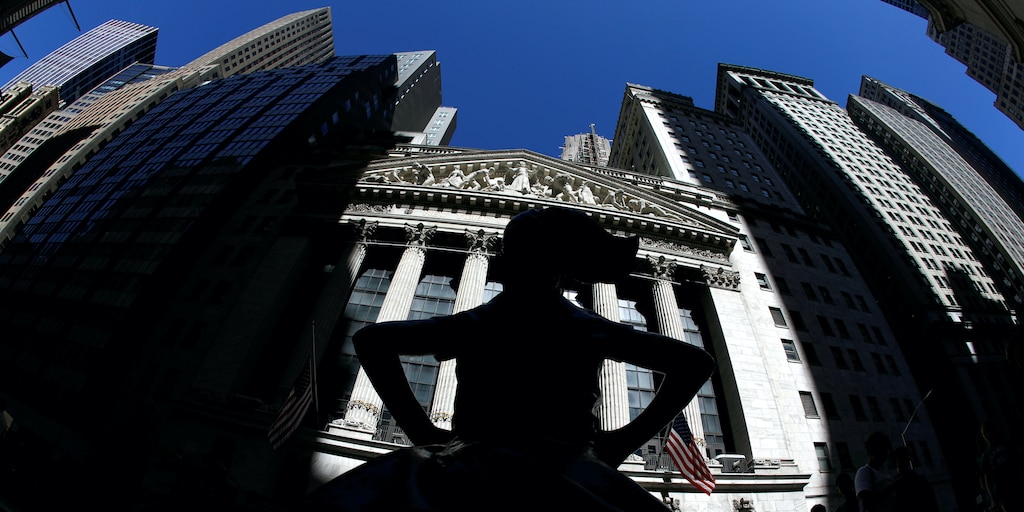 Weeks of indiscriminate selling and rotation to cash has left some corners of the market attractive to major institutions and retail investors alike.

Distressed debt, gold, and even bitcoin are currying new favor as popular sectors grow tepid. Trillions of dollars worth of relief measures from the Federal Reserve and the government have stabilized once-turbulent markets and signaled to buyers they can rely on a policy backstop. Firms tracking investor positioning are trying to get ahead of the curve, advising clients to enter underweight areas before a wave of capital follows.

Uncertainty clouding the US’s economic future has spoiled some more traditional investment strategies. The stock market’s rebound from late-March lows has slowed its pace, leaving economists forecasting everything from a sharp uptick to a bear-market resurgence. Monday’s plunge into negative oil prices pushed the commodity market into uncharted territory and added another phenomenon to an already unprecedented year for the financial sector.

With corporate earnings fueling even more volatility to the virus-slammed landscape, investors are targeting gains elsewhere.

Read more: The stock market is rebounding without the most important ingredient it needs for long-term gains — and one quant chief warns it’s a setup for another crash

The Fed’s policy salvo indirectly gave stocks much-sought-after support following precipitous drops, yet credit markets are where the brunt of the aid will be felt. Distressed debt in the US quadrupled to nearly $1 trillion in less than a week as loan health tanked through March.

The central bank addressed the credit squeeze with an alphabet soup of relief programs aimed at keeping firms afloat through the economic freeze. Where corporations brought fresh supply to the debt market, the Fed’s lending facilities are poised to drive outsized demand.

“We say ‘distressed’ has to trade higher before rally ends,” Bank of America analysts led by Michael Hartnett said in a Thursday note, adding clients should “buy what the Fed buys.”

The policy backstop hasn’t gone unnoticed by Wall Street’s biggest offices. Howard Marks’ Oaktree Capital plans to raise $15 billion for the biggest ever distressed-debt fund, eyeing risky loans as a golden opportunity. The massive debt piles accumulating around the world stand to drive more defaults than during the 2008 recession, Oaktree said in a presentation seen by Bloomberg.

Read more: ‘I’ve gone to cash’: Mark Cuban outlines his coronavirus investing strategy ahead of another ‘leg down’ in markets — and says now is the time to buy real estate

Blackstone soon followed suit, with Bloomberg recently reporting the firm is looking to raise $7 billion for its own soured-debt fund. PIMCO is raising a $3 billion fund for a similar strategy. KKR is taking a less conventional path, converting one of its failed funds into a new, $600 million vehicle for buying up corporate loans. All told, billions of investor dollars are following the Fed into distressed debt.

Gold initially soared as volatility connected to the coronavirus pandemic picked up, but its gains quickly gave way to a mass sprint for cash. With government aid in place and relatively little cash sitting in gold investments, Bank of America said Monday the precious metal is positioned to nearly double to an all-time high by October 2021.

The bank lifted its 18-month price target to $3,000 from $2,000, saying significant easing policies around the world will serve as rocket fuel for the precious metal’s value. Such measures place downward pressure on currencies and historically spike interest in gold.

Positioning in “the ultimate store of value” is also “surprisingly weak,” leaving plenty of room for investors to get in early, the team led by Michael Hartnett wrote in a note titled “The Fed can’t print gold.”

Read more: Tim Bratz went from flipping $14,000 houses to a 3,472-unit portfolio worth $275 million. Here’s the ‘amazing’ investment strategy he employs to build his long-term wealth.

The note helped push gold above $1,700 for the first time since 2012 and bringing its year-to-date gains to 14%. As recession relief measures ramp up in the second quarter, the precious metal’s streak may even accelerate, Ed Moya, senior market analyst at OANDA, said.

“The stimulus trade is not going away anytime soon and that should mean record highs for gold (in dollar terms) by the summer,” Moya wrote in a Thursday note.

One play gaining new attention looks to detach from stimulus measures entirely. The recent resurgence in risk appetite is pushing bitcoin to its highest levels since early March, with investors cheering the asset’s disconnectedness from the financial sector. The digital currency surged as much as 9% in Thursday trading to break through the key $7,500 threshold, and its value has stayed above the level as of Friday afternoon.

Where the stock market closed slightly lower through the week, bitcoin shrugged off the oil market crisis and bleak economic data to notch a 5% gain over the same period. Crypto investors now find themselves at a technical junction. The coin is showing enough momentum to clear the $8,000 mark and break through its recent trading range, Moya said in a note. If enough investors outside the usual group of crypto enthusiasts see promise in the asset, it could emerge as a new favorite for those on the lookout for gains.

“Bitcoin is starting to attract retail interest again. With worldwide stimulus efforts showing no signs of easing, some traders are jumping into cryptos as a hedge against currency wars,” he added.

The Fed will keep interest rates near zero for at least 3 more years, economist survey says