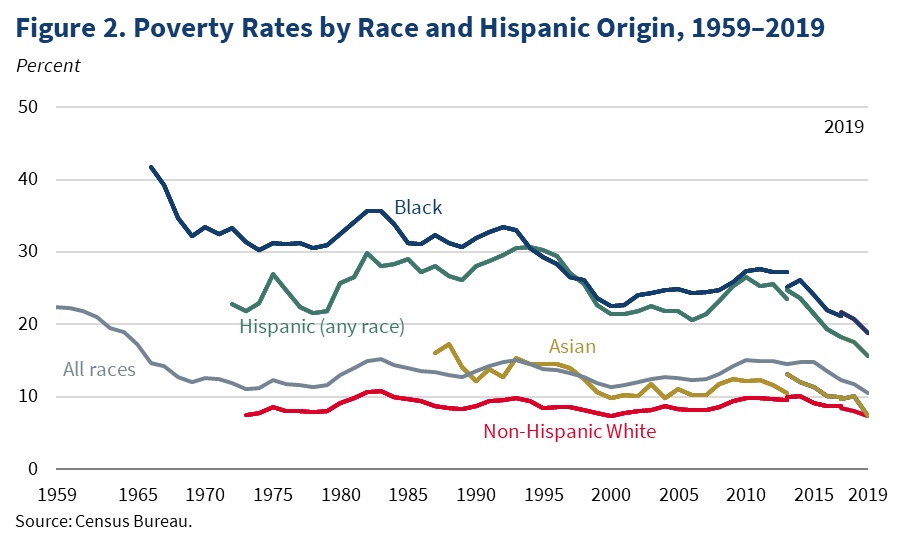 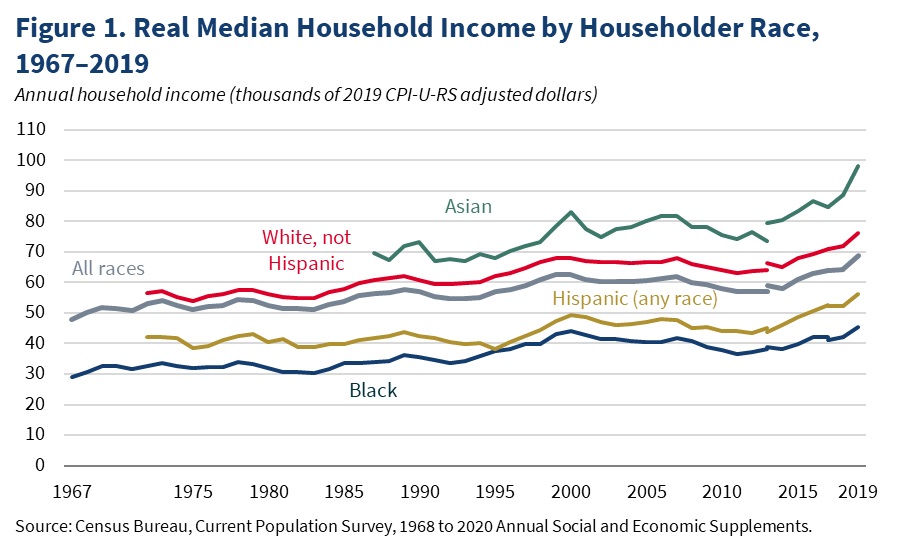 I rarely write about media bias, but I sometimes come across stories that cry out for correction because of blatant inaccuracies.

In a story for the Washington Post, Tracy Jan (aided by Seung Min Kim and Emily Guskin) argue that the Trump’s policies were bad news for African Americans.

Black voters overwhelmingly chose Biden, with 87 percent casting their ballots for him… Trump presided over the most unequal recession

in modern American history because of his mismanagement of the coronavirus pandemic. …Economists say that rather than champion economic policies targeting average Black Americans, who are more likely to work low-wage jobs without health and retirement benefits, Trump’s annual budgets proposed eviscerating the social safety net, with cuts to housing, food stamps and health care.

I have two minor comments and one major comment.

The second minor comment is that the recession was caused by the coronavirus, not by Trump’s policies.

The major comment is that Ms. Jan and her two colleagues wrote a lengthy story (more than 2,000 words) and never once mentioned or acknowledged that the black poverty rate fell to a record low during the Trump years.

Or that median household income for blacks rose to a record high.

This is a shocking level of journalistic malpractice. Sort of like writing about the Cold War without ever mentioning the Soviet Union.

By the way, I’m not saying that a pro-Trump spin was needed. They could have written about the poverty and income data and offered alternative explanations for why there were good numbers.

Heck, that’s what I did.

To be fair, the article does acknowledge that unemployment rate for African Americans fell to a record low during the Trump years.

…the Black unemployment rate’s record low average of 6.1 percent over 2019 — a steady improvement that had begun during the Obama administration — remained double that of Whites.

Though the obvious implication is that Trump doesn’t deserve any credit for a trend that started under Obama.

Which is certainly a legitimate argument, though honest journalists would have cited some people making the counter argument that his policies did make a difference (for what it’s worth, I think it’s a combination of both).

P.S. I’ll add another minor comment. The story quotes several people (all on the left side of the political spectrum) on how African Americans ostensibly will benefit if there is a bigger welfare state and more redistribution.

It’s certainly appropriate to write about that perspective, but why didn’t the three journalists bother to cite at least one person who could have pointed out the inverse relationship between social-welfare spending and the poverty rate?

Or cite at least one person who could have pointed out that low-income people in the United States enjoy higher living standards than middle class people in nations with bigger welfare states?