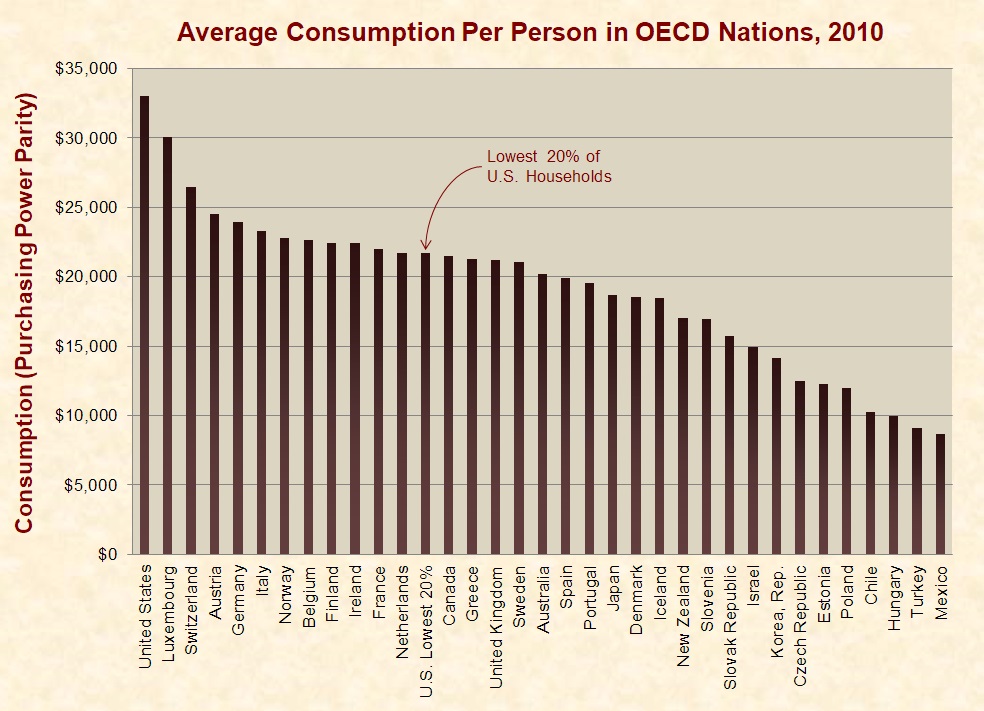 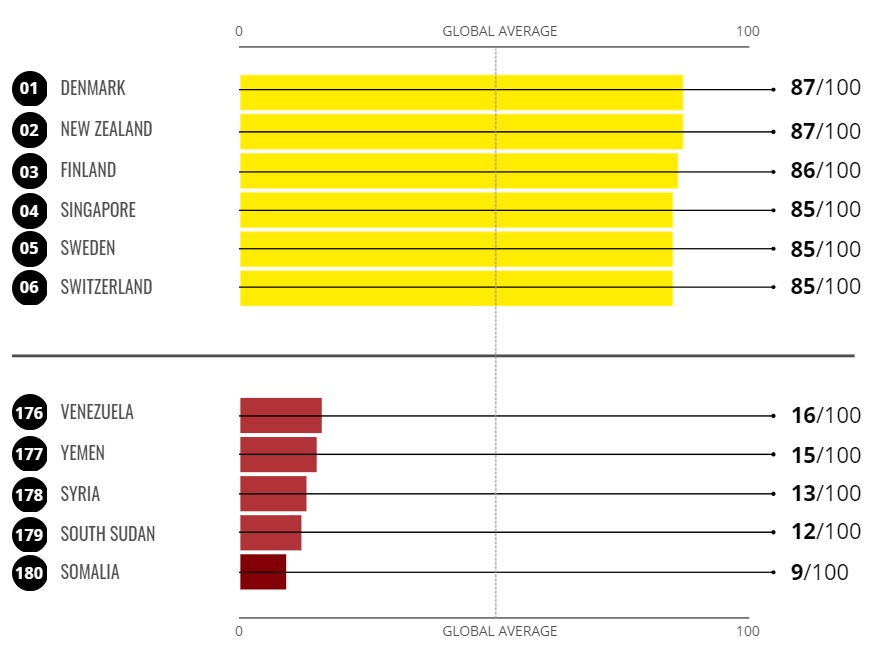 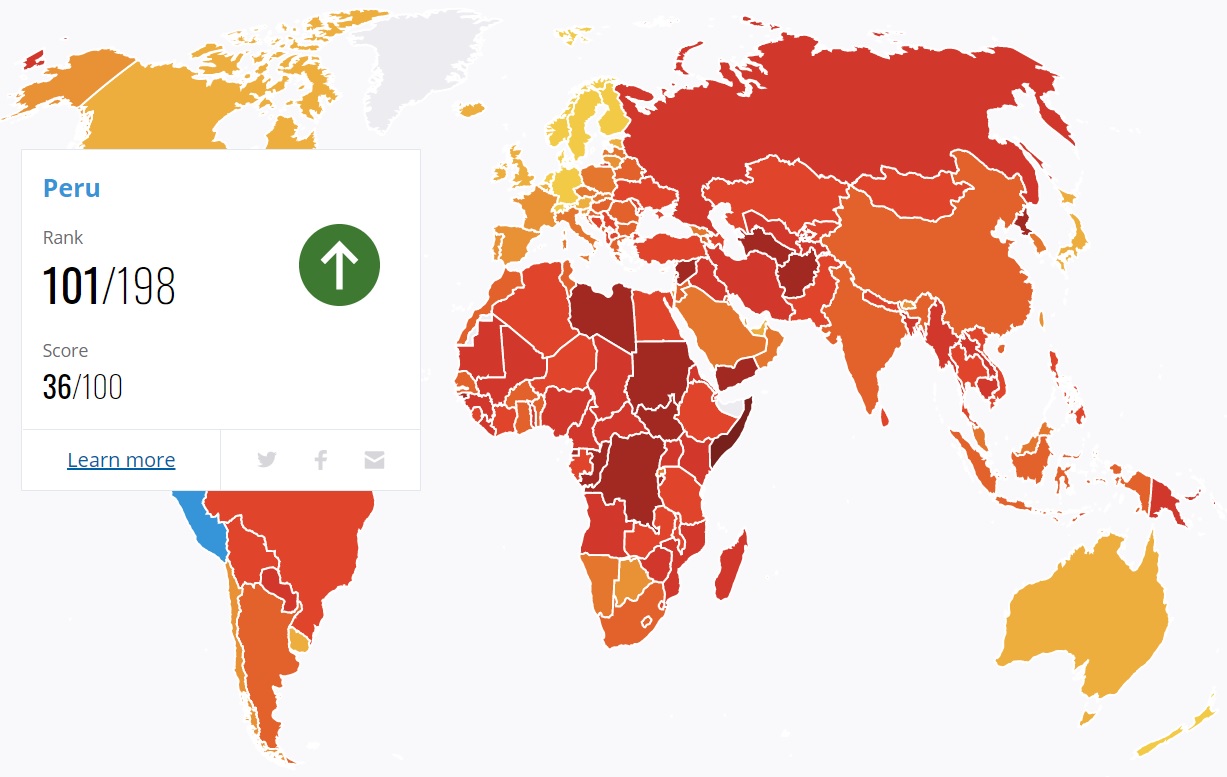 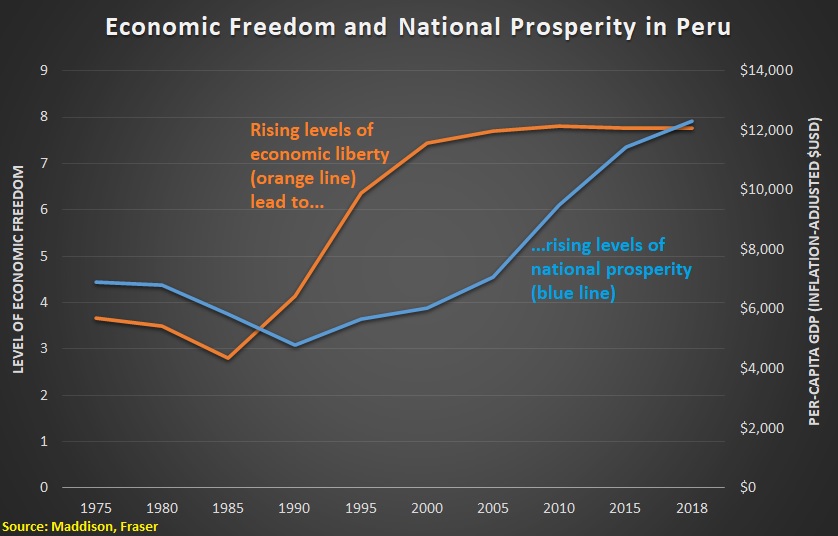 Most readers care about economic developments and economic comparisons involving the United States.

Some readers also care about what’s happening in other major nations, such as China, Germany, Italy, France, Japan, and the United Kingdom.

Relatively few readers, by contrast, care about economic developments in nations with comparatively small economic footprints, such as Peru.

That’s understandable, but I want to cite Mary Anastasia O’Grady’s recent column in the Wall Street Journal because she focuses attention on the very important – and very unsavory – relationship between big government and corruption.

Her column is about political turmoil in Peru, but what she writes applies everywhere in the world.

…it’s hard to see how an electorate that so often votes for populism at the polls can extricate itself from the grasp of crooked politicians. The hard left’s solution, which is to rewrite the 1993 constitution and give the state a larger role in the economy, would make things worse.

…Peruvians are frustrated. They have been told that by voting they can secure an honest government. But elected officials repeatedly turn out to be self-interested and corrupt. …Yet as fast as they throw the bums out and bring in new ones, more scandals arise. At the core of this dysfunction is a state with vast powers to redistribute wealth. …Even voters who say they want less corruption may find that change conflicts with their self-interest. The siren song of populism draws them to politicians who can hand out plenty of government jobs and other goodies in a world of weak institutional checks.

I made the same point, for instance, in this 2009 video from the Center for Freedom and Prosperity. And I was focusing on the United States.

Simply stated, when politicians have more power over the allocation of a nation’s resources, the greater their incentive to abuse that power.

To be sure, it’s not a linear relationship.

A country’s political culture also matters. Some nation’s have developed very low levels of tolerance for corruption, so there’s not a strong relationship between corruption and the size of government.

As you can see from Transparency International’s Corruption Perceptions Index, the Nordic nations are among the countries that are especially good in this regard.

But nation’s from the developing world, including the perennial bottom-dweller Venezuela, tend to get poor scores.

The moral of the story is that it’s especially important to limit government (and therefore limit opportunities for corruption) in countries that don’t have high scores.

I’m including this data because Peru, unfortunately, is in the bottom half of nations.

That being said, I want to close with a dose of optimism about Peru.

Today’s final visual is a chart showing how economic freedom in the country dramatically increased starting in the mid-1980s when the “Washington Consensus” was ascendant. And, just as Prof. William Easterly found in his research, this eventually kick-started much better economic performance.

P.S. It is worrisome that Peruvian economic policy stopped improving beginning about 2005. And based on Ms. O’Grady’s column, it seems unlikely that policy will get better in the near future.

P.P.S. Chile remains (at least for now) the big economic success story of Latin America, though Panama deserves a bit of attention as well.